Amatar is the name which Michelle Bonev, the founder of Amatar Foundation, links to the word Love. "Ama" in Italian language means: "You must love"!

Love is a fundamental pillar in Michelle Bonev's life. She was dying when she was a little girl due to lack of love. Then, in adulthood, she discovered the strength to love and she was reborn, ready to start a new life. Love helped her to transform evil into good and suffering into opportunity for her inner growth.

Giving Love for Michelle Bonev is the only meaning of a life that leaves us with crumbs in our hands; the only way to save ourselves, the others and the whole Planet.

“I know for sure that love saves me and that it is here to save us all."
Maya Angelou

Amatar Foundation is a not - for - profit organization founded by Michelle Bonev on 12 December 2019 in Sofia, Bulgaria, with the aim to unite the people who place the common good above their personal interests, who use their virtues to blaze new trails that give light and hope in an unsustainable world deprived of love.

As long as we human beings do not act with humanity, we will not be able to resolve the climate, economic, cultural, racial, pandemic crises, because the greatest crisis is the loss of our fundamental human values.

About Michelle Bonev - Founder and Chairwoman

Michelle Bonev (the stage name of Dragomira Boneva Ianeva) was born in Bourgas, Bulgaria, on 1st October 1971, in the period of Communism, and she grew up under the Stalinist educational method. At the age of 18, after the fall of the Berlin Wall, she moved to Italy where she developed her artistic aptitude, working in the fields of fashion, cinema and television.

From 1990 to 2002 she worked in the fashion field as a model, entrepreneur and fashion adviser.

From 2002 to 2013 she worked as an actress, talk show host, screenwriter, director and producer for both cinema and television.

In December 2002 her first autobiographical novel Alberi Senza Radici (Trees Without Roots) was published in Italy by Arnoldo Mondadori. The book tells about her difficult childhood in Bulgaria during the period of communism, the violence inflicted by her mother, the abandonment by her father, the attempted suicide, and then, as soon as the Berlin Wall fell, her flight to Italy at the age of 18 with only 20 dollars in her pocket, pursuing her dreams and making them come true.

In 2013, tired of accepting compromises in order to grow in her artistic career, she decided to break the wall of silence and publicly expose the corrupt system in which she was forced to live. Therefore she decided to abandon her artistic career and to dedicate all her economic and professional resources to philanthropy. She founded the Associazione Michelle Bonev (Michelle Bonev Association) a not – for – profit organization with the purpose of promoting the values of truth, love and justice by taking care of the last ones, of those who have been abandoned by institutions and the media, because no human being deserves to be invisible. She formed a television crew, traveling the length and breadth of Italy, helping disadvantaged people and reporting the state of degradation in the suburbs on her social media channels. She also actively participated in initiatives aimed at helping children with cancer in The Bambino Gesù Children’s Hospital (Ospedale Pediatrico Bambino Gesù, OPBG) in Rome.

In May 2018, she wrote a letter to Time's Up Now Movement, born the same year, founded by her colleagues, Hollywood actresses, with the claim "Enough is Enough! Enough to sexual favors in exhange for work!"  With the letter she joined the movement and she committed herself to protect women's rights.

On 12 December 2019, after 6 years of philanthropic activity, driven by the desire to keep her commitment and by the awareness of living in a society deprived of compassion and social justice, where human rights are trampled on every day and the negligence of the Governments continues to cause climate crisis and environmental disasters, she decided to found Amatar Foundation. 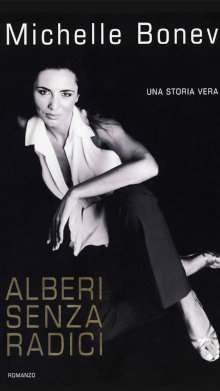 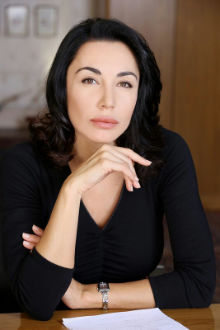 Letter to Time's Up Movement

"Nothing has changed in two thousand years for women abused by men. Today even the worst criminal has the right of defence and redemption, while a woman who denounces sexual abuse is stoned by the society without possibility of real defence." 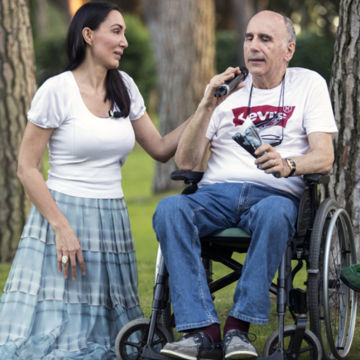 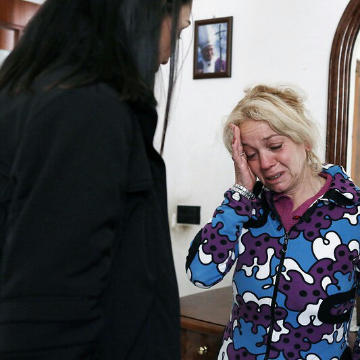 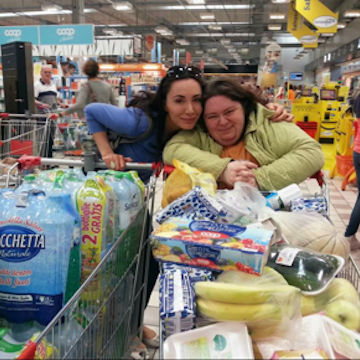